4/18: Numerous moderate to very large wet loose avalanches were seen and reported on south aspects from sea level up to 6000′. 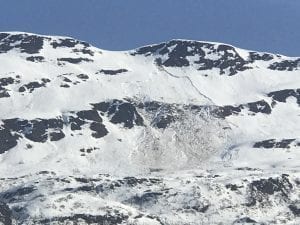 4/16: Widespread wet loose avalanches observed in the Port of Valdez up to 5000′ on east through west aspects.

A soft slab avalanche was observed on Hogsback that initiated from a rockband at ~4500′, west aspect, ~500′ wide.  Looked to be about 2-3′ deep, but was observed through binoculars so that is just a guess.  Avalanche may have been snowmachine triggered as there were tracks directly adjacent to the avalanche, but that is unconfirmed.

4/14: Observed numerous small to moderate wet loose slides off solar aspects up to 4000′.

4/6: Small to moderate dry loose “sluffs” were observed on east through northwest aspects above 3000′ in terrain steeper than 40°.  Did not observe any soft slab avalanches triggered by dry loose slides. 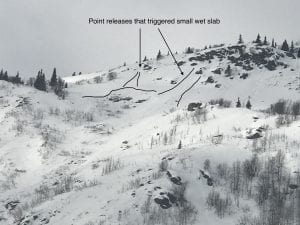 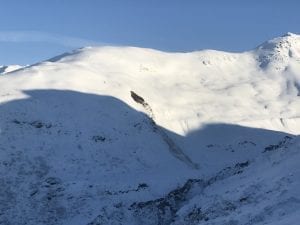 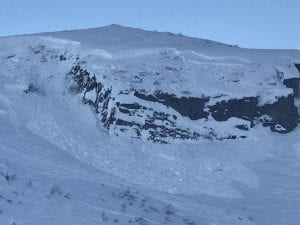 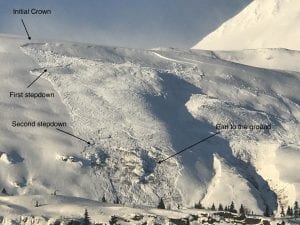 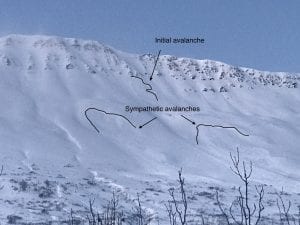 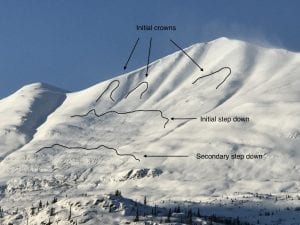 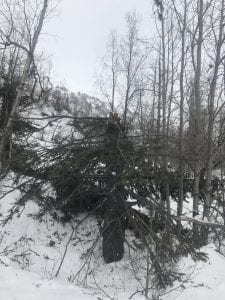 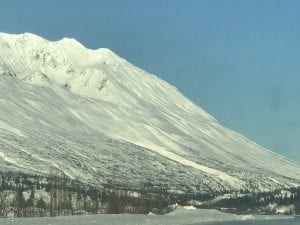 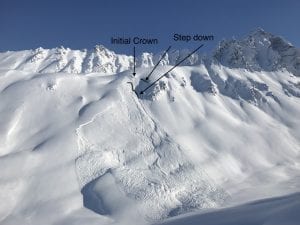 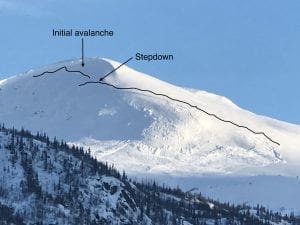 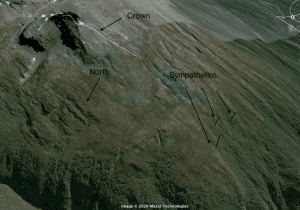 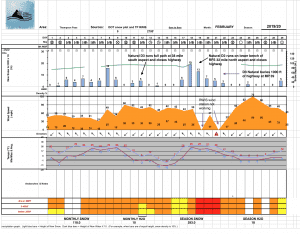 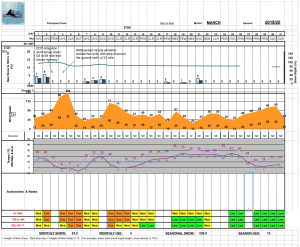 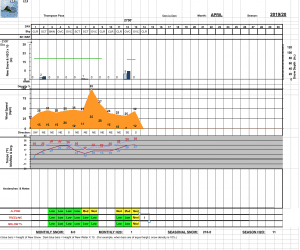 The spring shed cycle is here.  Pay attention to what the sun is doing to the slope you are traveling on, and what is above you.  The change in seasons has been especially drastic this year which can make the mountains react in unpredictable ways, and produce large avalanches in areas that don’t normally see them.

Free water from melt is percolating deeper and deeper into our snowpack everyday that our area remains above freezing. Once we receive a solid refreeze at all elevations, the upper snowpack will lock up, which will dramatically increase stability and decrease the avalanche hazard.  At that point we will return to typical spring diurnal cycle, where hazard starts at low in the morning and moves towards moderate or considerable in the afternoon depending upon aspect and the amount of warming that is experienced.   Until that happens the hazard will remain considerable. 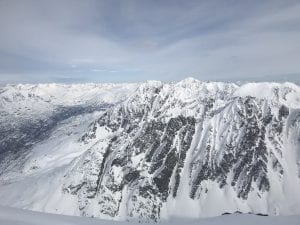 The avalanche hazard is considerable at all elevations.  Temperatures have remained above freezing overnight once again at Thompson Pass, with the reading at 7 am being 35° F.  At the Nicks snotel at 4500′ the temperature has remained above freezing for 5 days.  This is allowing heat to penetrate deeper into the snowpack which will allow wet loose avalanches to continue to be likely.  Southeast through southwest aspects will be the most prone to wet loose avalanches.  Wet slab avalanches will become increasingly possible as heat is allowed to affect deeper layers of the snowpack.  Avoid exposing yourself to cornices and avoid traveling on southeast through southwest aspects steeper than 30° at all elevations.