On Wednesday we had a strong NW wind event that caused new wind slabs to build on lee aspects above treeline. Since then, it has snowed a few inches and winds switched around to the SE. Keep in mind the possible loading patterns from NW winds, and look/listen for slabby snow underfoot. If you venture into avalanche terrain, reduce your exposure by traveling one-at-a-time across suspect slopes, and be mindful of any terrain traps below you where all this new snow can pile up extremely deep.

Any slides in the upper snowpack are likely to step down to deeper weak layers in the midpack. See the Deep Slab problem below… 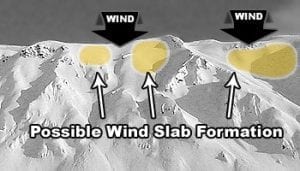 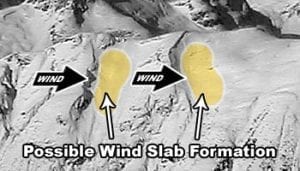 We still have known weak layers in the mid pack and below. Though triggering is getting slightly harder as time goes on, it is still possible, especially with smaller avalanches stepping down.

Persistent weak layers below wind slab closer to the surface will be reactive or touchy for human triggered avalanches. Persistent layers in the mid-pack likely are to behave stubbornly, or unreactive. 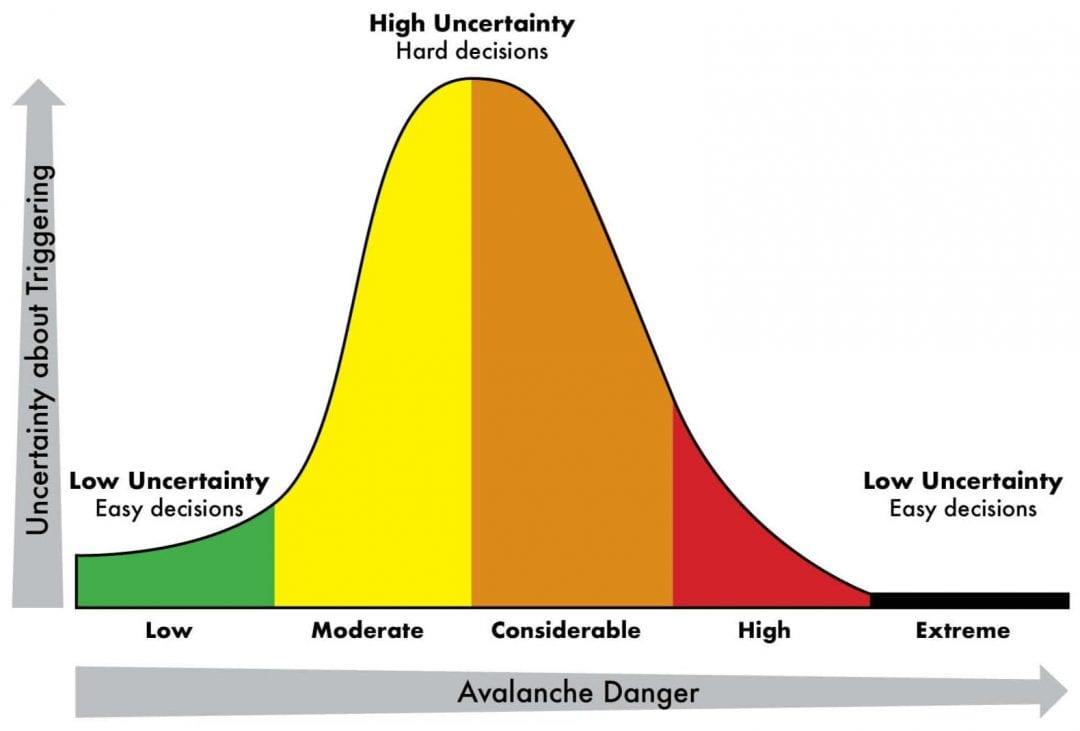 The layers seen in the image below are all now buried beneath 50-80cm of new storm snow. 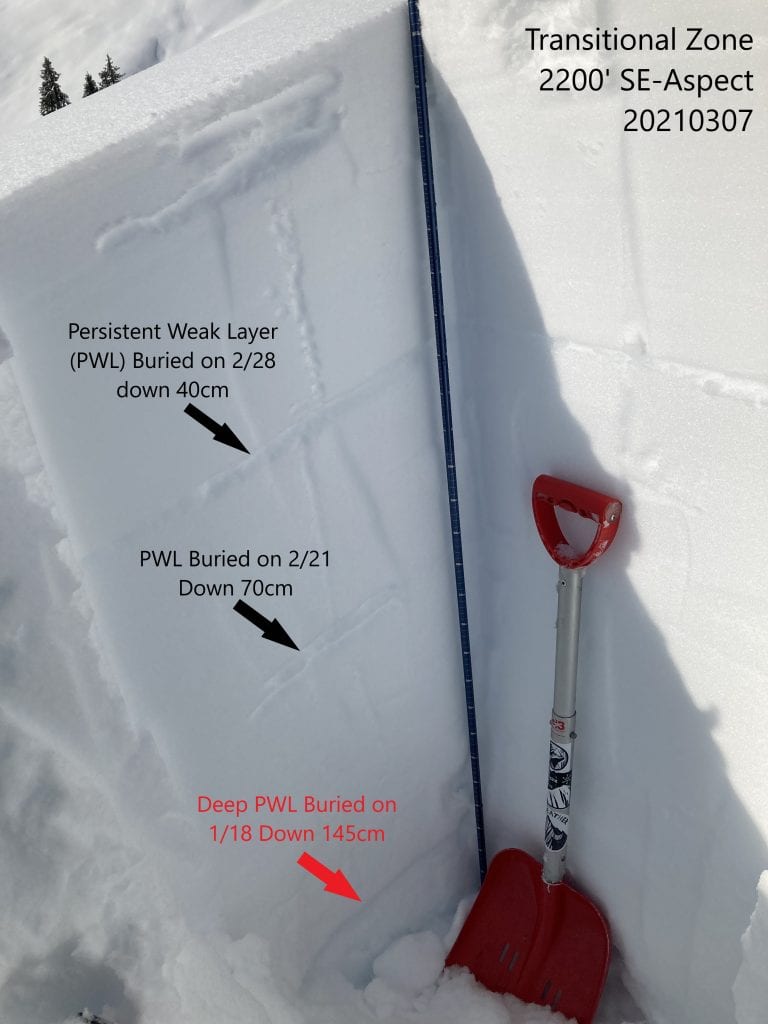 Deep Slabs require either a heavy trigger, like cornice falls and snowmachine drops. Or an avalanche in the upper layers of the snowpack that steps-down. You are also more likely to initiate a fracture from the thinnest part of the slope into a much thicker part. Think about how wind distributes snow to thin and fat zones.

These deepest weak layers have been unreactive, or very stubborn but do exist in the landscape. Continued load such as settlement, wind, new snow, rain, or rapid temperatures changes will increase the hazard. Any slabs that break this deep are likely to be deadly. South aspects are known to have poor structure and are getting baked by strong solar radiation when the sun comes out, which weakens the snowpack. Upper persistent slab avalanches could step down, release sympathetically, or remotely trigger deeper layers (see Persistent Slab above).

We are in the most deadly time of year in Haines. Early March has historically brought tragic accidents with large avalanches that break much wider than expected. 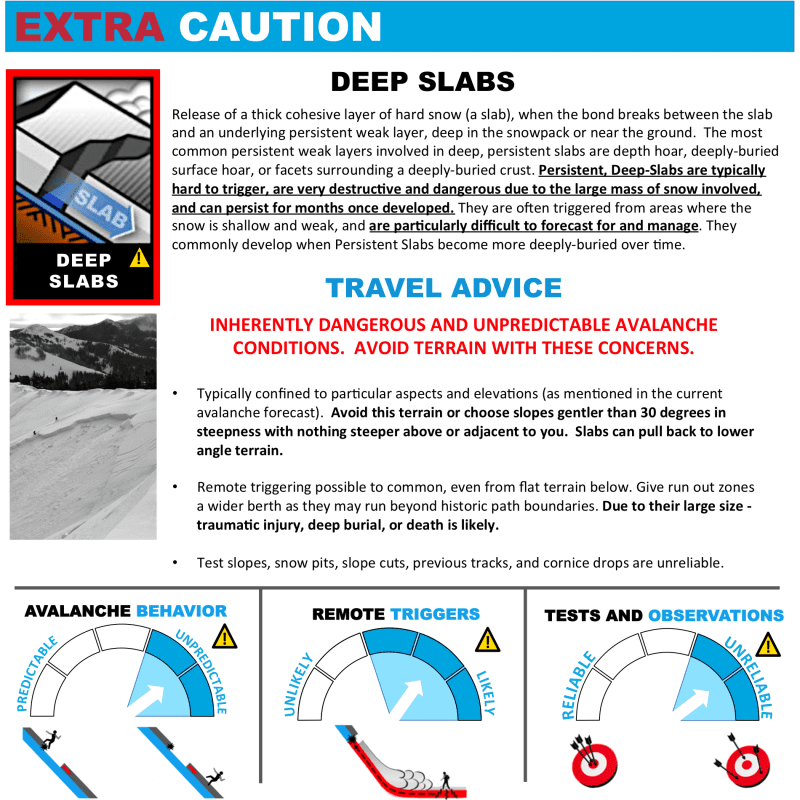 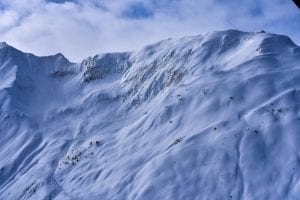 March 22nd – an impressive D3 natural slide in the Transitional Zone, on a steep unsupported S/SE aspect at about 4500ft. Occurred with direct solar radiation on the slope. This is an indication of the wide propagation potential and deep slab nature of our tricky persistent slab problem. South aspects should be considered highly suspect during times of solar radiation. Other aspects will likely also get into the action as temperatures warm up this spring. 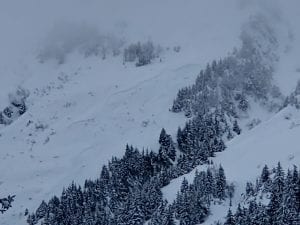 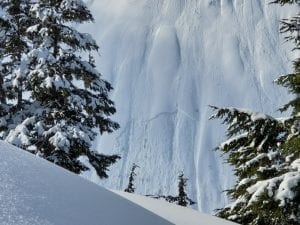 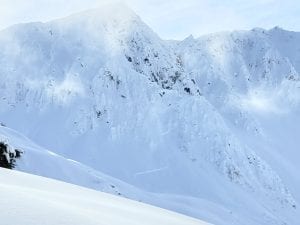 This week was relatively calm (except for a NW wind event on Wednesday) with little precipitation and cool weather.  Snow showers on Friday will be slowly decreasing, leading to clearing on Sunday.

Click the + Full Forecast link below for each zone to read more. Keep an eye out for weather-related surprises this weekend. Anywhere with more new snow or wind than expected may have elevated danger.